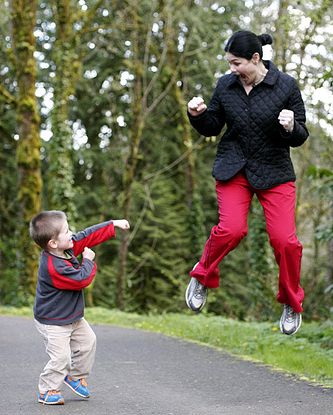 A few weeks ago at the local Ruby Users Group meeting there was a suggestion of actually writing some code at the meeting. The suggestion was to use a Ruby Quiz exercise. It was quiz #16, a Rock, Paper, Scissors simulation. We broke up into small groups of about three people, coded for maybe 45 minutes and turned in our solutions. My team came in last but it finally pushed me to actually take up a long neglected todo item to start doing coding katas on a regular basis.

I’ve done the classic Bob Martin TDD bowling kata for years as an intro to TDD. I’d also walked through a one day tutorial from a Dave Astels session on Rspec back in 2006 that was very much a game based kata. I’d read about Prag Dave’s coding kata ideas, but I’d never quite found the time to start the practice.

I’m jumping back and forth between Java and Ruby in the katas to stretch my skills. I may even add in Groovy at some point, but Groovy and Ruby styles are pretty similar. I’m trying to take on one per day and when I wrap around I’ll try out different languages. As a committed TDD student I’ve started each kata with a test. I have to admit RSpec makes this a lot easier when using Ruby and autotest is a wonderful tool. At least I have annotations and JUnit 4+ when I’m doing the katas in Java. For IDE’s I’m bouncing between IntelliJ for Java and TextMate for Ruby. I’m even taking the opportunity to test out git and I setup a github account to store the katas so I can see how I evolve over time.

If you haven’t tried out the practice I might suggest giving it a go. One of the best things is I get to really focus on coding for about an hour a day and it blocks out the rest of the world. Mostly I’m doing them in the early morning to cut down on the interruptions. I’ll probably post again on my observations after a month or so.