Apparently Email Free Fridays are catching on. Sport England announced a national ‘E-mail Free Friday’ in a bid to get people walking around the office in the UK. Veritas, US Cellular, PDB Worldwide Fulfillment services and others have all taken up the idea.

The movement appears to be gathering force in the UK where:

A recent survey in the UK revealed that 80 per cent of workers use e-mail politically to cover their backs, while a third admitted to using e-mail to avoid resolving a difficult situation face-to-face or over the phone. It is also common knowledge that up to half of all e-mails sent by workers are jokes, quizzes, forwards from friends, etc, which have become known to some in the communications world as ‘productivity viruses’ for obvious reasons. The e-mail free Friday is an attempt to address these problems, all of which are steadily increasing, by banning e-mail communication on that day, forcing employees to take a different approach and to use their time more appropriately.

The benefits of experimenting with no email one day a week are: 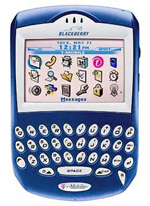 Hopefully we’ll see a lot more people wearing Hawaiian shirts walking around talking to people on Fridays in the future. Who can see your cool casual office attire if you bury yourself most of the day in a cubicle sending email and scrolling through your CrackBerry at lunch.