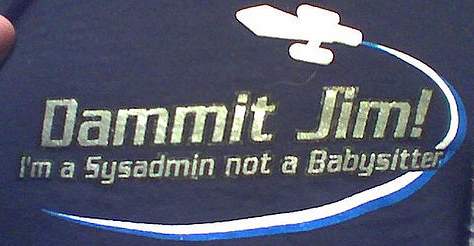 As a developer, especially a developer who is comfortable building servers and slinging code in vi, you don’t want to hear the no word from the sysadmin. You want to be agile and install your own app. You want to configure the extra JNDI settings yourself. And you’re wrong.

I’ve worked in environments where sysadmins ruled with an iron fist on their environments and never let developers on production even to grab log files. Other places developers had wide open access. Wide open access is a bad, bad thing unless you’re still a small startup. Here’s the best model for a corporate IT shop.

Developers need to stay focused on quality and not jump around troubleshooting environments. Good sysdamins will say no to developers touching production, but they’ll work closely with them to automate deployments and configuration. Remember they’re saying ‘no’ for your own good.