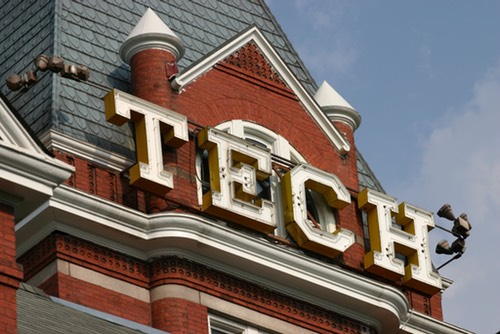 It’s not unusual for a developer to change jobs every two or three years or even more often. Up until 2004 I had never thought of a company keeping up with you after you left or having an ‘Alumni’ concept. The consulting outfit I left had instituted an alumni program and sent me out a tiny flash stick with the company logo on it about a year after I left. It was a small thing, but I was kind of impressed they bothered with any effort at all. In addition they sent out an email every month or so with an update on how their business was going. About 6 years later I ended up back at the same company, partially because they had maintained a good relationship with me, and realized I left not so much because of them, but more for an opportunity to manage a development teams.

I came across this practice again in the most recent episode of The Front Side Podcast where they explained they were trying to build the company culture that allowed you to just tell your manager you were going on an interview. This is exactly the sort of thing to get you escorted out in many big companies, but they seem to be experimenting with having a very open and honest culture that admits, especially in consulting that many of your developers will leave at some point sometimes even over to your clients. They wanted an environment where a developer could admit they wanted a new experience the consulting business couldn’t provide and they left the door open down the road as Alumni to welcome them back.

I think it’s a great experiment and I’m honestly impressed if they can produce a company culture where an employee feels safe admitting they’re going on an interview. I love that companies are experimenting and blogging/podcasting on how it’s going. I also think the alumni idea is a great way to keep people motivated and maintain a good relationship with your local development community. I know some of the best recruiters I had were former employees who could explain why they left the company, but how it was a great opportunity if you were a good fit.