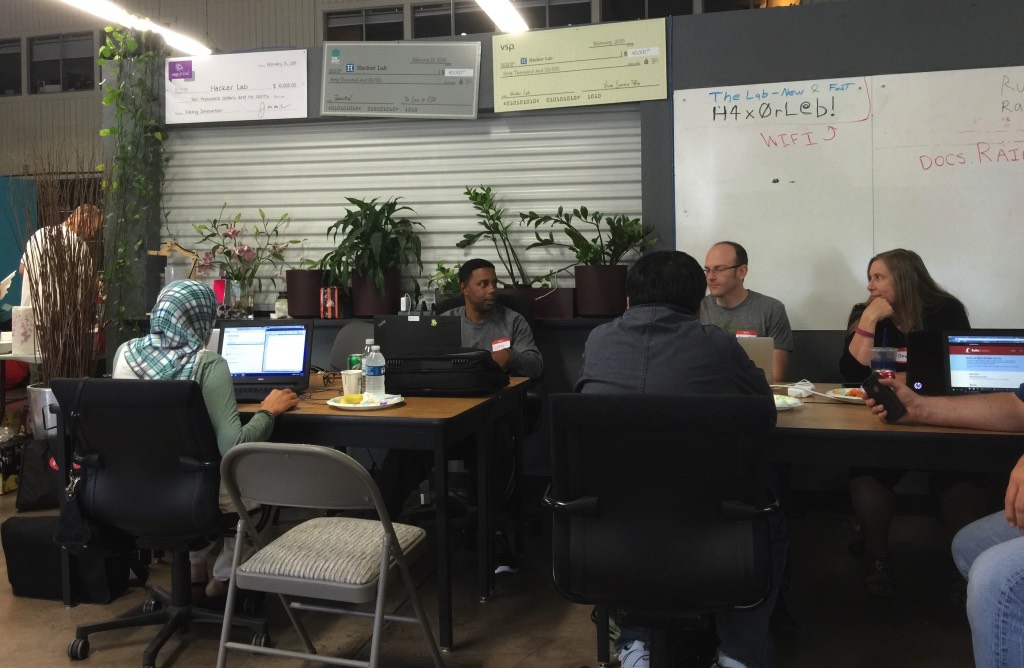 I volunteered to help out as a TA for RailsBridge Sacramento this past weekend at Hackerlab Sacramento. We had 60 people show up to build some Rails in one day. Many of them were brand new to programming or Rails. My section had a lot of people with some development experience in other languages like Java, C#, C, or Scala.

The energy level and overall interest was great. I taught Oracle Java classes years ago and sometimes the majority of the class was only there because their managers made them attend. Teaching disinterested people is stressful and not fun. Even though they were giving up a Saturday almost everyone stayed and coded through the entire day.

As a TA I rotated among people nudging them in the right direction, troubleshooting errors, explaining Rails and Ruby idioms, and discussing the local job market. My only break turned out to be the pizza lunch but I was working off the energy of all these motivated people. Everyone in our group got through the main exercise and built a simple Rails app and got the chance to add extra features like a login with Devise. And even if most of them never build another Rails app they can carry the paradigms that are common in many web frameworks like migrations, integrated REPLs, generators, templates, and ORMs.

The diversity of the group exceeded by assumptions. It’s refreshing to see that the next generation of developers won’t look like the current white male majority. It was rewarding to explain to many people how they could approach breaking in or breaking back into a development job by just showing some motivation and the ability to learn. Hopefully some of the attendees will some day bootstrap more underrepresented groups into software.