Despite the idea of dedicated teams, we really haven’t encountered much in the way of problems with rotating staff on and off Scrum projects in general. Sometimes people come on and off because they tend to specialize in something like UI design and are constantly called out on multiple projects. Other times the work on the project has changed focus or we need someone to start something new. And finally, sometimes someone is just getting burned out an needs a change.

On Scrum teams the main swapping out of resources that gets discussed is when one of the weaker team members is voted off the island for failing to meet any of their commitments. We’ve had that as well, but the majority of our swaps have been for more benign reasons. I have no idea if we’re typical, but rolling people off at releases tends to work really well, or at least at the end of Scrum.

Why SOA Is Good for CIOs

CIOs working with service oriented architecture are at the leading edge of their profession. They make more money, have bigger budgets, have more strategic impact and play a larger role in innovation.

Just more self-reinforcing reasons to do SOA. It all comes down to the bottom line. If you’re pushing SOA as the CIO:

Average Compensation of CIOs Working With an SOA

Average Compensation of CIOs Working Without an SOA

My question is can you just brand whatever you’re currently doing as SOA. Then just deploy a web service or two and you’re a leading edge SOA shop? And if that works can you walk into the CEO and ask for a $100,000 raise?

I’ve seen the symptoms occur in every IT shop I’ve worked in, though rarely in consulting firms. They symptoms are:

The end result is the product gets purchased and the line IT employees get screwed. Real alternatives to spending money on an expensive tool that may become just shelfware are ignored. I can think of tons better ways to spend six figures:

On Jan 9th, 2007 Chris Richardson, author of POJOs in Action, gave a talk on POJOs using Spring and Hibernate. The talk was a pretty good overview and I learned a few things along the way. Chris’s current preferred TDD development stack is:

The idea is to avoid anything that will slow down testing hence an in-memory HSQLDB, Jetty, and Selenium to deal with the view layer testing. Chris also expressed that he was really happy with using Selenium, which just gives me another reason to spend some time and actually try out Selenium. He also starts up Jetty in debugging mode to avoid having to do many restarts.

He was of the opinion that you really shouldn’t use Spring in unit tests. The dependencies are something you should probably mock, and Spring beans get in the way of unit tests. On most of our projects were just using a testing specific Spring contexts for the tests, so it might be worth exploring just taking out the Spring dependencies.

His opinion of options like EJB3 was that he wasn’t too impressed and out of the app servers he really disliked Websphere.

And again on the note of thought leaders who started off in things like Smalltalk, Chris explained he started out doing Common Lisp, and then mistakenly took a job doing C++ just because it was a 50% pay raise. 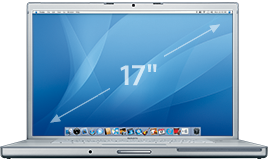